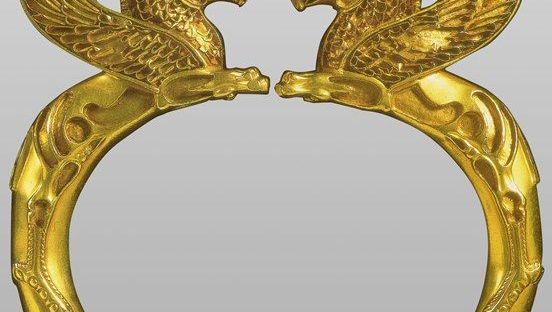 The Scythians were a group of Iranian people,[known as the Eurasian nomads, who inhabited the western and central Eurasian steppes from about the 9th century BC until about the 1st century BC.  Scythia was the Greek term for the grasslands north and east of the Black Sea.  Scythian art is distinctive. The best-known account of the Scythians is in Book IV of the Histories of Herodotus.

The Scythians were among the earliest peoples to master mounted warfare. They kept herds of horses, cattle and sheep, lived in tent-covered wagons and fought with bows and arrows on horseback. They developed a rich culture characteriszd by opulent tombs, fine metalwork and a brilliant art style.  In the 8th century BC, they possibly raided Zhou China.

Soon after, they expanded westwards and dislodged the Cimmerians from power on the Pontic Steppe.  At their peak, Scythians came to dominate the entire steppe zone, stretching from the Carpathian Mountains in the west to central China (Ordos culture) and the south Siberia (Tagar culture) in the east, creating what has been called the first Central Asian nomadic empire, although there was little that could be called an organised state.