The Russian Conquest of Central Asia took place in the second half of the nineteenth century. The land that became Russian Turkestan and later Soviet Central Asia is now divided between Kazakhstan in the north, Uzbekistan across the center, Kyrgyzstan in the east, Tajikistan in the southeast and Turkmenistan in the southwest. The area was called Turkestan because most of its inhabitants spoke Turkic languages with the exception of Tajikistan, which speaks an Iranian language. 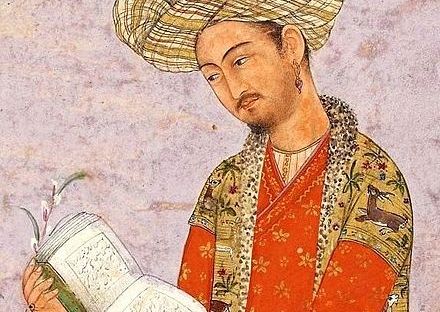 Babur (1483-1530) was the ultimate founder and first Emperor of the Mughal dynasty in the Indian subcontinent. He was a direct descendant of Emperor Tamerlane the Great (Timur) from what is now Uzbekistan. Babur was born in Andijan, today in Uzbekistan and ruled the Fergana Valley from nearby Osh .  He pondered his future on Salaiman Mountain atop which he constructed a mosque and concluded that the confines of the Fergana would cramp his aspirations as a descendant of famous conquering warrior princes.

The Persian-speaking Tajik minorities of Central Asia, who still form the majority of the population in the picturesque Silk Route cities of Samarkand and Bukhara, are living witnesses to the Iranian presence in the heart of Asia which dates back to prehistoric times.

The Mughal Empire was an empire in the Indian subcontinent, founded in 1526. The founder of empire, Babur, was born in Osh. It was established and ruled by a Muslim dynasty with Turco-Mongol Chagatai roots from Central Asia, claiming direct descent from both Genghis Khan (through his son Chagatai Khan) and Tamerlane, but with significant  Indian  Rajput  and  Persian  ancestry through marriage alliances;  only the first two Mughal emperors were fully Central Asian.