It is the administrative, economic, and cultural center of Andijan Region. Andijan is located in the south-eastern edge of the Fergana Valley (See my page for an overall history)  near Uzbekistan’s eastern border.

While today, the Fergana Vallley is administrated by three different countries: Kyrgyzstan, Uzbekistan and Tajikistan. in the past in was one place and even the indpendent Kingdom of Fergana in the 6th Century.  Three Kyrgyz Regions include parts of the valley: Osh, Jalal-Abad and Batken,   (See my pages on these places)

Andijan in today’s Uzbekistan makes a triangle with Osh and Jala-Abad in today’s Kyrgyzstan and were the major cities in the eastern part of the Fergana Valley on the Silk Road  in antiquiy.

Andijan on the Silk Road

Andijan was an important trade cross point of the Silk Road. and is one of the oldest cities in the Fergana Valley. In some parts of the city, archeologists have found items dating back to the 7th and 8th centuries.

The city is perhaps best known as the birthplace of Muhammad Zahuriddin Babur who, following a series of setbacks, finally succeeded in laying the basis for the Mughal dynasty in the Indian Subcontinent and became the first Mughal emperor.

Babur was a famous descendant of Tamerlane. The founder of the Mogul Empire wasn’t just a great military leader; he was also a celebrated poet. Babur wrote a poem “Babur-Name”, where he described how prosperous and well-developed Andijan was;

Due it’s warm climate, when all fruit-trees ripened at once, the fruit was worthless, no oneb ought  fruits, the city was too abundant.

There was a sewage system made of 9 channels and a large gravel road. Under Barbur’s rule Andijan became a capital of the Fergana Kingdom and a booming trade center of the Silk Road with many caravanserais.

In the XVI century the city was taken and became a part of Kokand Khanate.

In 1876, as a part of Kokand Khanate, Andijan was included in the Russian Empire. Under the rule of the Russians the city started producing cotton and silk fabrics. Their fabrics were famous throughout entire USSR.

In 1902 many historical monuments were destroyed by an earthquake, some were previously destroyed by the Mongols. The city with such rich history lost almost all priceless evidence of it.

The construction of Jami madrasah lasted from 1883 to 1890. The madrasah attracts with its grandiose size,  nearly 123 meters. The main facade of the building faces to the East according to the canons of Islam. The facade is decorated with traditional Fergana portal. 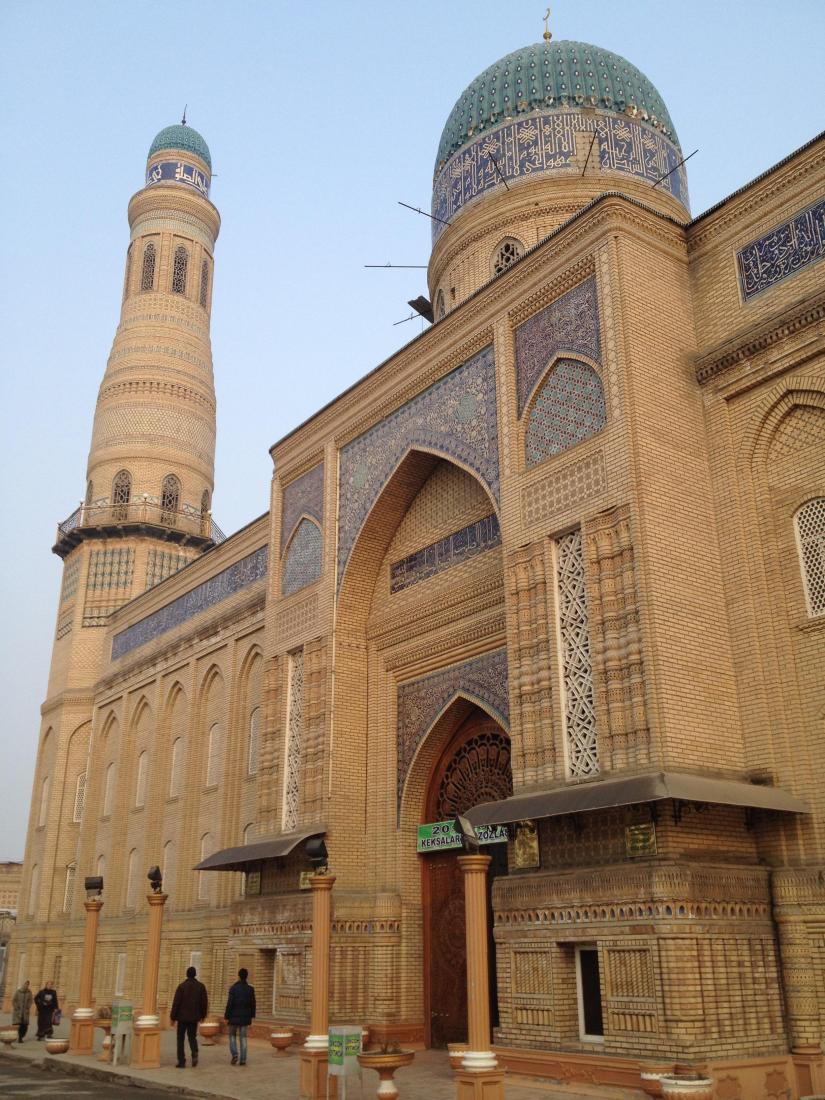 As in other such madrasahs of that period, the corners of the building featured classrooms. Hujras, living rooms for students, were located between the classrooms. The original building was U-shaped, but over time the northern and southern wings were destroyed,

The interior of the building is noted for the wooden lattices with geometric patterns of pandjara, which are the part of the decoration.  Look for the woodcarvings of Fergana masters, which decorate the madrasah. The portal and the domes of the building are decorated with mosaics of characteristic Eastern blue and light blue colors.

The Juma Mosque (Friday mosque) was erected in the western part of the Jami complex. The mosque is rectangular and from three sides, surrounded with ayvans with wooden columns skillfully decorated with carving. The mosque ceiling is painted with various patterns which combine traditional geometric and floral ornaments. In the beginning of the XX century, the interior décor was complemented with complicated patterns from majolica, while the entrance portal was decorated with inscriptions from the Koran. 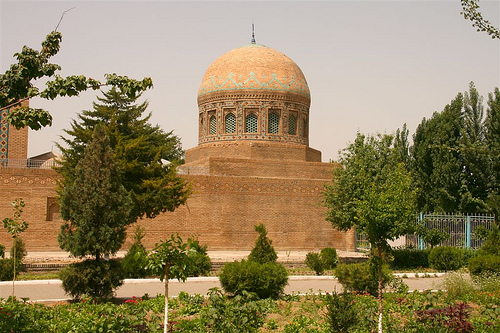